UIL to allow streaming for football 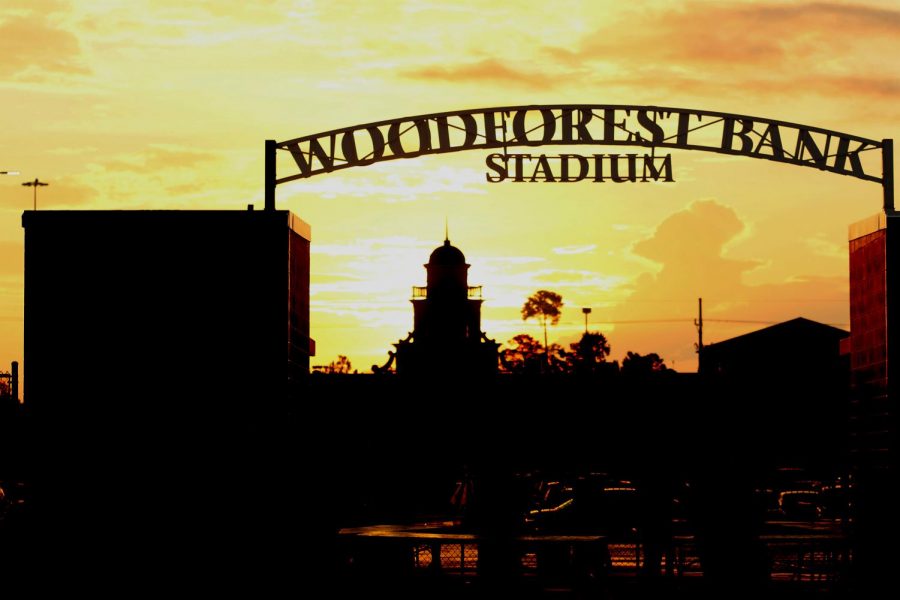 Games will be livestreamed from Woodforest this fall, after a change in ruling from UIL to allow for regular season broadcasts.

The Texas University Interscholastic League (UIL) has made a temporary change to how people will be able to watch high school football games for the upcoming 2020-21 season due to the COVID-19 pandemic. In an effort to increase accessibility, the UIL has decided to temporarily lift the prohibition of live telecasting of regular season football games, giving people the option to watch these games wherever they may choose.

“In an effort to increase accessibility of high school football games and encourage social distancing across Texas during the COVID-19 pandemic, UIL will be lifting section 868c of the UIL Constitution and Contest Rules, allowing schools to broadcast their football games this fall,” UIL Communications Coordinator, Julia Atkins, said.

In late July, the UIL announced that seating capacity for football games will be reduced by 50% and groups of 10 or more people will not be allowed. A decision like this brought many questions on how people that can’t watch the games in person will be able to. For many parents, especially those that have senior football players, the chance of not being able to watch their sons play football is something they could not comprehend.

“First and foremost, safety is our top priority, and we feel that reducing seating is the safest measure we can provide,” Atkins said. “Because of this reduction, we wanted all of those who want to watch the football games but won’t be able to, will still be able to watch them. Thus, leading to the decision to uplift the telecast ban.”

Per the UIL Constitution and Contest Rules, the UIL defines a telecast as any live or tape-delayed video footage of a contest in its entirety that can be transmitted through television, Internet Web stream, Webcast, video podcast, smart phone apps, tablet computer apps, closed-circuit channels, weather cameras or any other medium. Prior to the decision to uplift the ban, people were able to watch telecasts of all high school sporting events, except for football. Now viewers will be able to watch football games on any device, wherever they may choose.

The exact rules and guidelines for a telecast is to ultimately be determined by school districts and their schools. However, the UIL did lay down the basic rules that all schools must follow if they wish to broadcast their games. Some of these rules are: the home team and away teams may only have one digital webcast transmitted on the internet each, and the home team is also allowed one linear telecast on television per game. Schools may also provide commentators for the games if they so desire.

Broadcasting for football games isn’t as new as it may seem. While broadcasting has always been prohibited for regular season games, the UIL has allowed broadcasting of playoff games for many years now. These broadcasts have been available on platforms chosen by the UIL, and schools made no profit off them. For this year, the UIL is giving each school its own choice on how they will be distributing telecasts. Schools have the option to broadcast regular season games on any media platform they may choose and can even add advertisements of their choosing to the broadcasts. All revenue made off of telecasts during the regular season will be the school’s to keep.

“We realize that by limiting the number of seats available per game, many schools are going to lose not only half of their ticket revenue, but also profits from concessions, merchandise, etc,” Atkins said. “Due to this, we wanted schools to still be able to make profits. The UIL is allowing schools to pick whatever platform they desire to broadcast their games onto. Schools will also be allowed to make revenue off of their broadcasts, and they can choose any company to advertise on their telecasts. Once playoffs begin however, the UIL will determine what platform games are broadcasted on, and schools will not make revenue off of them.”

This decision to allow the broadcast of regular season football games will only be for the upcoming 2020-21 season. The UIL has no intentions of making this a permanent plan for the future. Broadcasting of playoff games will still remain.

“While we know some people may hope this decision will last in the future, as of now the UIL has no intentions of keeping it past the fall season,” Atkins said. “As of now, once the football season is over, section 868c will go back into place, therefore prohibiting the broadcasting of regular season football games.”

All information regarding the historic decision can be found on the UIL’s website. If there are questions on where a school will be broadcasting their games (if they so choose to do so) it is highly recommended to contact the school itself.

With many questions still remaining regarding the broadcast of football games, and how high school football will be working this year, one thing is for certain: Texans will still be able to experience Friday Night Lights, just in a way they have never before.